I saw this in the Malaysian Airlines ad, 'Journeys Are Made By The People You Travel With'. And that is totally true.

If you are surrounded with good people, then you are safe. Because positivity and the not so nice, negativity will rub on you. Unknowingly. Us, human beings gravitate towards others.We can't really help ourselves.

If you care about your soul, and would wish nothing than for it to be in a good condition..run away, with all your might towards the other end if you don't want yourself to be called bad by others someday. Lets have great journeys together with people we want to emulate, and say goodbyes to those we rather not.
as thought by cahya indah at 9:47 PM 1 comment:

Email ThisBlogThis!Share to TwitterShare to FacebookShare to Pinterest
Labels: life

The Great Gatsby posed such an attraction that drew me to watch it. The first one is because of Leo DiCaprio, the main character and also the story was about people during the 1920s. Tiffany&Co. also had a part in the movie, which is also a big thing.

I love everything about The Great Gatsby, the costumes, the jewellery, the colors, and even the pretty scenes. But it was a sad movie. It is such a loss, and I blame Daisy and her husband for everything.


Next movie is Now You See Me. You see, this movie was chosen on impulse. I wanted to watch the movie KIL, in which Redza Minhat starred. But since I was going to work after the movie, I had to choose another one. KIL would be too close to the time I need to enter for work. Now You See Me was chosen because of Mark Ruffalo and Isla Fisher. No review, no nothing.

And I am glad I did.

It was a great movie. At first I thought it was about a bunch of thieves, planning a heist. But it is about a magician's son, now a magician himself who planned a revenge for his dead father. I always thought the French Interpol lady was the hooded person, but it was not. This one is a MUST watch.

All images are via Google.

A wedding I would not miss for anything

Yesterday was historic, and I'm thankful that I get to see Zara on her big day. I would be devastated if I did not attend the event.

Well, actually I was late - I intended to go early in the morning. In time for the solemnization. But the schedule got messed up, so I only arrived at her house after the solemnization. But I still managed to catch them on the dais. It was hilarious, with all the directors behind the cameras telling them to do this and that. But they are a cool couple, and I can't stop smiling. I'm sooooo happy for her. 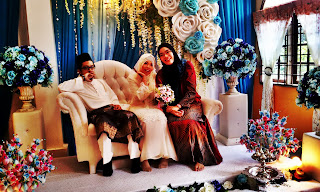 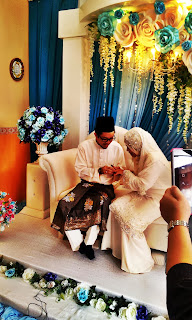 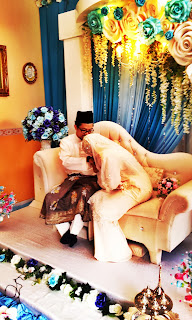 Mostly I just stood there in her room while she was getting ready for the reception. I did not help much, but I hope my presence there brought some good to her :p 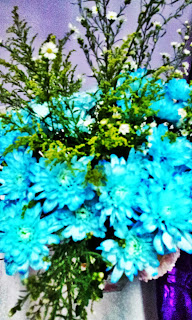 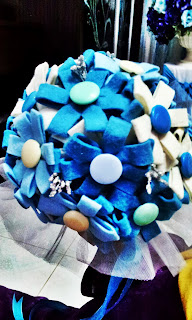 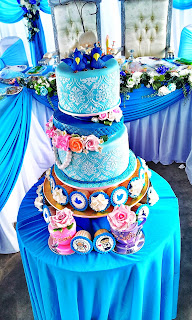 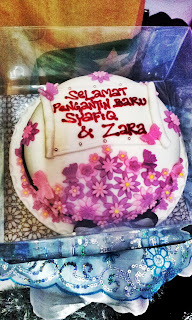 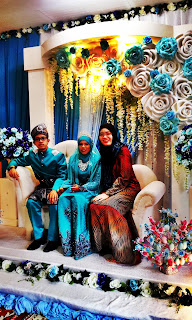 And I am surprised that her mom still recognizes me. I think the last time we met was the last day of matriculation. Yeah, around 8 years ago. May our friendship continues 80 years more.
as thought by cahya indah at 11:24 PM No comments:

I had thoughts about going to answer The Apprentice Asia call back then. Haha. The hype about The Apprentice was so huge, although I was never a big fan. I would catch whatever episode was on at that time, but I did not really follow it.

Who knew years later, I'd be choosing this field. Maybe I was drawn to it because of the show. Kudos to Donald Trump then.

I happened to notice the first episode of The Apprentice Asia, because I followed Sazzy Falak's Instagram. She is the wife of Nash, one of the contestant from Malaysia..if you are wondering. And I stumbled across one of the reruns while surfing the channels. Lucky me, I guess.


I think Alex has advantages, although we have yet to see everyone else's. He speaks four languages including Mandarin AND I just discovered that he's French.


I dislike Hendy when he brought to light that it was his pricing partner's fault and also Alex's fault that they make more loss than actually breaking even. It was apparent that he could not control his team members and he lacked of strategy. So, thankfully we can say bye bye to him.

For Team Apex, I am going for Andrea. Nik is showing some things that could tell a lot, but let's just sit back and enjoy the show.
as thought by cahya indah at 12:31 AM No comments:

*graduate and start working
*trip to Barcelona
*my own kitchen - spotless and spacious, with a huge built-in oven
*be an event coordinator
*my own car
*trip to South Korea - especially Seoul & Jeju Island
*own a company
*host dinner parties
*trip to Italy - esp. Venice, Milan & Rome
*take up horse riding
*trip to France - esp. Paris & Lyon
*a walk-in closet
*my own veggie farm, fruit orchard and garden
*learn photography from a pro
*trip to Egypt and Turkey